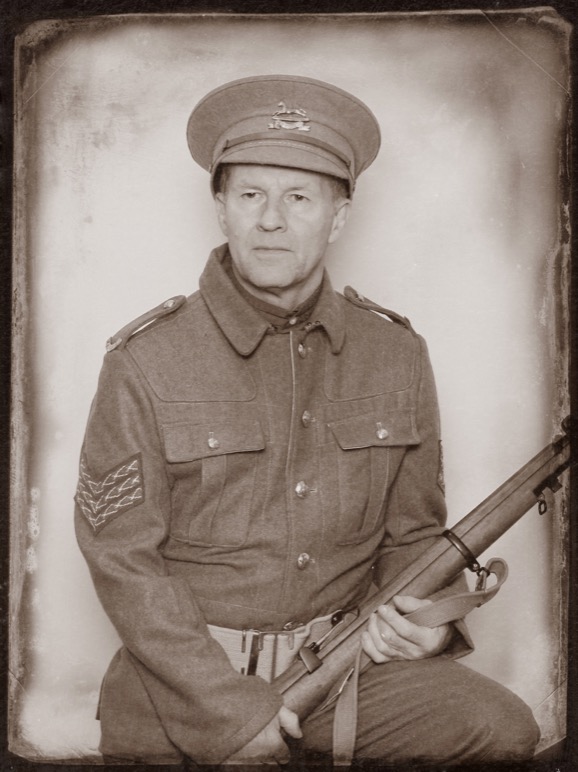 The Trench Ghost is a WW1 story based on some of the soldiers commemorated on the Meltham memorial at St Bartholomew’s Church in the village.

The story is a fictional one but the characters are real people who endured all manner of horrors during their service for King & country during the Great War.

There was no Meltham ‘Pals’ Brigade. However, for the purposes of the play they are friends and comrades alongside each other in the trenches.

Many of the events depicted in the play did occur, although not necessarily when and where they appear in this story.

The play follows the life of William Berry and his wife Sarah after their marriage just before the outbreak of WW1 and Private Berry’s meeting with a young boy who appears in the trenches at Christmas time 1914.

The concept of remembrance is a difficult one to grasp, particularly for children and the aim of the play is to ‘bring to life’ some of the people whose only memory is their name carved on a memorial stone.

Although the story has many light-hearted moments, they are set against a background of sadness and loss. As such, the recommended age is 8 years and above.